ADNOC recently announced it would IPO one of its significant subsidiaries,  selling at least 10% of shares on the ADX market.

IPOs are a way of seeking a valuation for the companies involved, but mainly to raise money.

In 2017, it was more for the latter. According to Forbes, GCC companies raised $700 million amongst 13 IPOs in the first half of 2017, quoting consultancy firm Ernest and Young.

“The U.A.E. and Saudi Arabia are set to be the biggest contributors going forward, with a number of announced and rumoured IPOs in the pipeline, including ADNOC Distribution, Abu Dhabi Ports, Emirates Global, Aramco, Sanaat and Gems Education,” said Forbes.

Aramco, with its estimated valuation at $2trn, aiming to sell five per cent of its shares for $100bn, will be on its own the biggest IPO not just in the GCC, but in the world as well so far.

Despite losing a potential investor in Norway’s $1 trillion sovereign wealth fund, who according to Bloomberg has proposed dumping all its oil and gas stocks — roughly $35 bn — to diversify away from energy, the deal is still likely to go through with strong interest from many parties. Adnoc may also beat to the punch, but has the GCC IPO market performed well in 2017 to prepare it for what’s coming?

Forbes reported that GCC IPO Q1 witnessed a five-year record high in number of offerings with ten IPOs, seven of which are listed in NOMU.

“On the primary exchange front, the largest offering in the region during Q1 2017 was made by Investment Holding Group (IHG), which was listed on the Qatar Stock Exchange and offered 49.8 million shares, raising proceeds of $138m,” said Forbes, quoting PwC.

Read: Airline Turbulence: How are GCC air carriers piloting their way out?

“Government initiatives across the region, including large scale privatization activity, is expected to boost capital markets activity in the next couple of years,” Drake said at the time.

According to PwC, GCC IPO activity slowed in both the number of offerings and total proceeds raised, with Saudi being the sole issuer on Tadawul and NOMU.

According to PricewaterhouseCoopers (PwC), Q3 2017 witnessed a total of four IPOs in the GCC, raising $140 million.

On a year to date basis, 2017 has shown a significant increase in the number of IPOs, with 17 offerings compared to four over the same period in 2016, but that number was still four per cent lower in value, due to low dollar amounts of IPOs listed on the NOMU in 2017.

Read: Saudi is being clever with its energy subsidy program – see how

“We are seeing more and more companies engaging in IPO readiness activities, preparing themselves and getting ready for the right window. We expect to see companies go to market during 2018 and are set for a busy end of the year, with both KSA and UAE governments expected to tap the debt market with their international bond sale of $12.5bn and $10bn, respectively.” 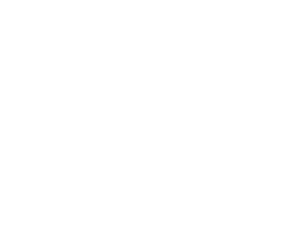 Tadawul remained the dominant exchange in the GCC in terms of IPO proceeds, raising $110 million via two IPOs, comprising 79 per cent of total IPO proceeds in Q3 2017, according to PwC.

The largest IPO in Q3 was by Zahrat Al Waha Trading, which raised $61.2 million.

KSA issued in Q3 a domestic Sukuk programme in three tranches, totalling SAR37bn (approximately $10bn), followed by the Kingdom of Bahrain raising a total of $3bn, via a $2.15bn international bond and a $850k international Sukuk.