Hope you didn’t max out your credit cards or mortgage your house to buy crypto currency.

If you have, it’s panic time.

Cyptos are falling all over the place.

Read: The UAE’s rain-dance needs the right moves or risk being in hot water

On Dec. 5, Bitcoin was in that same range but the difference was that then it was on the way up buoyed by the launch of bitcoin futures contracts from CBOE and one week later by CME Group.

“Until now, Bitcoin spent the last week slowly recovering from December’s crash, when South Korea’s government started talking about a cryptocurrency crackdown in response to the frenzied speculation around virtual currencies,” Fortune said.

The slow recovery placed Bitcoin at around $15,000 mark.

Why is this happening to Bitcoin and rival digital currencies?

Hint: Regulators on the hunt

CNBC said that Bitcoin dipped to a six-week low Tuesday, as investors monitored warnings from regulators and reports of an escalated crackdown on the cryptocurrency market in China.

Bloomberg reported on Monday that China, which already banned cryptocurrency exchanges last year, was lowering the boom on online and app-based services that offer exchange-like functionality.

The Coin Telegraph said that cross-exchange data from CoinMarketCap reveals the extent of bear sentiment arising from the confused situation in Seoul and the news of additional trading sanctions from Beijing.

“Monday also saw reports emerge that BlackWallet, a provider of digital wallet services, suffered a clever attack that allowed someone to make off with hundreds of thousands of “lumens”—the virtual coin used by a system called Steller—that had a total value of more than $400,000,” said Fortune.

Mati Greenspan, senior market analyst at eToro, told CNBC in an email: “The pullback seems to be coming from a lack of buyers in Asia.”

“Japan and South Korea usually dominate this market but over the last few days, the volumes have been dropping steadily. This morning the combined volumes from these two countries dropped below 30 percent.” 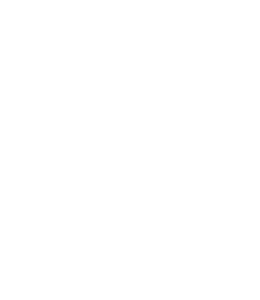