Is Dubai still the art marketplace in the Middle East?

The increased development of major museum projects throughout the region is something not seen in other emerging markets.

"2018 was Christie's best year in its 252-year long history, a picture of a very solid art market" When Christie’s opened in Dubai there were a handful of galleries, today around 80 galleries are in existence There is increasing international demand for Middle Eastern Modern and Contemporary auctions

Dubai was among the first fine art marketplaces in the Middle East and has remained in a leading position over the past 12 years. At the same time, positive developments have taken place throughout the Middle East such as the establishment of new art fairs in Egypt, Lebanon, Marocco just to name a few.

Auction houses opening representative offices around the region have also served as a sign for a solid market with potential. The increased development of major museum projects throughout the region is something not seen in other emerging markets.

Michael Jeha, Deputy Chairman Christie’s EMERI and Managing Director Christie’s in the Middle East, shared a Q&A on investments into the art industry, art as a safe haven, foreign interest in art and more! 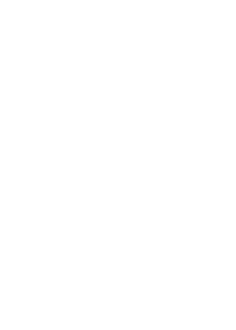 Q: How has art fared as an investment now compared to recent years?

Michael Jeha: 2018 was the company’s best year in its 252-year long history – £5.1 billion or $7.0 billion, with all three buying channels – live auction / online auction and private sale performing a solid plus and sell-through rates were also up reaching 82 percent. This is a picture of a very solid art market, which has seen its first successes in 2019: the Catherine Deneuve YSL wardrobe sold 100 percent in Paris, Christie’s recent Impressionist and Post War auctions totaled over $470 million…

Approximately 20-25 percent of new clients Christie’s sees year-on-year, of which 41 percent are joining us via our online sale channel.

Q: Have you witnessed an increase in art galleries in Dubai?

Michael Jeha: When Christie’s opened its representative office in Dubai as first international auction house back in 2005, there were a handful of galleries operating from Dubai, today around 80 galleries are in existence, the D3 district was added more recently, the city has its own art fair since 2008 and the DIFC, which was the first gallery district has been extended to the newer Al Serkal Avenue art gallery district.

Q: Is art a safe haven investment in a bad economy?

Michael Jeha: The answer is not a simple yes or no. Would you invest in bonds or the stock market without having a solid knowledge? I assume you would not do so and the same behavior is correct for the art market. The positive thing with the art market is, in case your investment might not have been as profitable as wished for, you might remain with a work of art on your walls that you like rather than some shares in paper, which would remain in a safe or end up in a bin!

Q: How do you find foreign interest in buying Middle Eastern art?

Michael Jeha: As of 2017, Christie’s has taken the decision to conduct 1 out of our 2 annual Middle Eastern Modern and Contemporary auctions in London to respond to the increasing international demand in this category. Our next sale is scheduled in Dubai and will take place on 23 March.

Q: Have you seen an increase in Arab artists looking to auction off their pieces?

Michael Jeha: Let me explain, the auction market is the so-called secondary market and offers only works that have been traded on the primary market which is led by galleries and art dealers. What I have noticed is that more Middle Eastern artists are represented by international galleries and interest in Middle Eastern modern masters has increased. Important is also that the first catalog raisonné for any Middle Eastern artist has been issued in 2017 and the second one about El Gazaar is in production.