Issuing bonds and withdrawing cash from the country’s sovereign wealth fund aren’t solutions to reform, according to Kuwait's parliamentarians

Kuwait's cabinet has submitted draft legislation to withdraw up to $16.53 billion from the sovereign wealth fund Real GDP growth is expected to have registered a contraction of 7.9% in 2020 The Central Bank of Kuwait (CBK) had been cleaning up assets; raising capital, liquidity, and reserve levels

Total expenses during that period are projected at $377 billion, with 71% allocated to salaries and subsidies.

Issuing bonds and withdrawing cash from the country’s sovereign wealth fund aren’t solutions to reform and are merely temporary measures to finance the deficit, Hamada said.

The minister added that the country must address its liquidity problem as soon as possible while implementing reforms to cut spending and boost non-oil income.

The statement came in response to a draft bill the government submitted to parliament that would allow withdrawals from the Future Generations Fund, the country’s sovereign wealth fund.

Kuwait’s cabinet has submitted draft legislation to withdraw up to $16.53 billion from the sovereign wealth fund annually, lawmakers said on February 22, 2021.

The proposal may not be approved as parliament has repeatedly rejected such proposals in the past.

Read: Kuwait running out of cash

Read: Kuwait is in deficit spending again and breakeven oil prices are not attainable

Data from the Ministry of Finance show that total revenues dropped by 48% in the first half of fiscal 2020-21 (April through September). Oil revenues declined by 51% over the same period, due largely to the global price drop and OPEC+ production cuts; while non-oil revenues fell 12% owing to slow economic activity. Kuwaiti authorities predict a budget deficit increase of 19% to $30 billion for the upcoming fiscal year.

Real GDP growth, as a result, is expected to have registered a contraction of 7.9% in 2020, according to the World Bank.

Kuwait isn’t borrowing on local and international markets, because it lacks the legal framework to do so.

That may change as the country experiences a turnover of executive and legislative leadership with the coming of Crown Prince Sheikh Nawaf Al Ahmad Al Sabah to power as emir last September, following the death of his brother.

Even with a few more bumps in the road, Kuwait isn’t likely to go bankrupt anytime soon. It remains one of the world’s richest states thanks to the Future Generations Fund estimated at close to $600 billion, not to mention prolific oil reserves, and a strong financial sector.

The Central Bank of Kuwait (CBK) had been cleaning up assets; raising capital, liquidity, and reserve levels; and working with major lenders to game out various stress scenarios. 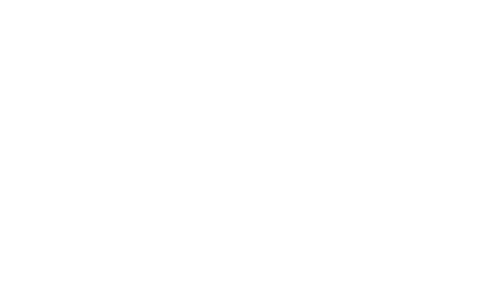 When the first cases of coronavirus broke out in Kuwait, the CBK quickly cut its discount rate to 1.5%. Last April, it rolled out a $16.5 billion stimulus package and encouraged local lenders to defer loan payments, to support key sectors of the economy. The regulator also reduced capital adequacy requirements by 2.5% and cut its credit-risk weighting requirement from 75% to 25%, allowing banks to increase their lending to small and midsize enterprises (SMEs).

Still, one of Kuwait’s biggest challenges will be to better target public sector wages and subsidies, which currently account for over 70% of public spending. New taxes, such as a value-added tax on transactions, are also under discussion.

In 2020, Kuwait ranked fourth in the Middle East and North Africa (MENA) region in startup funding after the United Arab Emirates, Egypt, and Saudi Arabia, according to Magnitt, a Dubai-based entrepreneurs’ network.

But while Kuwait’s large financial buffers give it a “window of opportunity to tackle its challenges from the position of strength,” that window is narrowing, says the International Monetary Fund. To move forward, Kuwait needs reform.