A report produced by Oxford Economics and the Oxford Business group, said Oman’s economy is benefitting from trade diversion, as exporters use Omani ports for transit to and from Qatar. However, this will be a modest and temporary boost, and does little to address the more fundamental challenges the economy faces.

Getting the deficit under control soon is critical, and now that the OPEC deal is extended to end 2018, this will require yet more difficult policy choices to be made in Muscat.

“Oman’s economy is receiving a short-term boost as a result of the country’s neutrality in the diplomatic stand-off between Qatar and other GCC economies. Neutrality has meant Oman has become a key transit point for cargo previously routed through other ports, specifically Dubai,” said the report.

Figures released by Sohar Port and Free zone show the number of vessels docking rose by 16% in 2017 Q2 versus Q1, and by 18% versus 2016 Q2. This rise in traffic is especially notable in the context that sanctions were only imposed in June, the final month of Q2. The impact in subsequent quarters could be even larger. 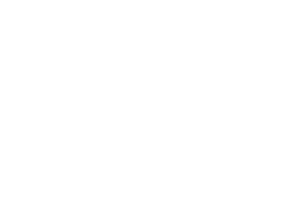 However, the boost to activity will be temporary. If the crisis were resolved, much of this cargo could reroute back to the UAE. Even if the crisis persists, this would only give Oman a shift onto a new level of activity in transportation services, rather than a boost to growth in wider economy, the report indicated

“We therefore remain concerned about the pressures to economic activity in Oman, as well as the risks to economic and financial stability. Oman’s government has not been as aggressive in cutting expenditure recently as other GCC economies, and as a result the squeeze on spending is having to last longer – while government spending is up around 3% in cash terms in the GCC as a whole in 2017, it is expected to contract a further 12% in Oman,” Oxford Business Group said.

Read: Now we know what Richard Branson knew about Saudi but didn’t tell us

“In conjunction with the implementation of VAT, the impact of austerity on public sector wages and welfare will maintain pressure on household budgets. We expect household spending to rise by just 3.4% in 2017, and 2.9% in 2018 and 2019 – substantially slower than the 5.6% average rate from 2011-2016,” the report said.

The squeeze on public spending will need to be stuck to rigorously, given Oman’s reliance on debt issuance to finance a fiscal deficit expected to top 12% of GDP in 2017, and narrow only modestly to 9.4% in 2018.”

The consequence of these deficits is that government debt will have risen from just 5% of GDP in 2014 to 57% of GDP in 2018. The government’s financing needs have been met for 2017, but with Standard and Poor’s downgrading Oman to junk status recently, the cost of government borrowing is likely to rise in 2018.

Must read: Cyber attacks can crash a plane; what airlines don’t want you to know

More positively, the economy will get a boost from the gas sector in 2018, when the Khazzan gas field comes fully on-stream (boosting gas output by an estimated 25%), said ther report.

“Assuming oil output reverts to pre-OPEC deal levels in Q1-2018, GDP growth could rebound to 5% in 2018. But it seems likely that an extended deal will be necessary to support prices in the $45-50 range through 2018, meaning oil output remains lower for longer. If so, GDP growth will be substantially slower, leaving Oman’s policymakers yet further difficult choices between more spending cuts or the ever-faster accumulation of public debt.” 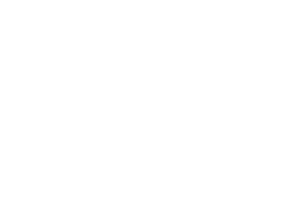 According to the World Bank, Overall real GDP growth is projected to slow down further in 2017 to just under 1% and with further delays in consolidation efforts, the budget deficit could reach 13.9% in 2017.

“Monetary policy will remain tight as interest rates continue to rise. Owing to the hike in electricity tariffs and higher global food prices, inflation is expected to inch up to 1.4%.”