This Sunday will see Saudi Crown Prince Mohammed bin Salman land in Egypt for talks with Egyptian President Abdel Fattah al-Sisi, in a crucial overseas trip that will see him on March 7 go to the UK, and conclude it with an extended US visit.

But the Cairo holds more than one key in support of Saudi’s ongoing consolidation of power, in parallel with garnering support for the kingdom’s reform transformation.

Stratfor intelligence reported that Saudi Crown Prince Mohammed bin Salman will be on a maiden trip to Cairo on March 4 since becoming crown prince, quoting Anadolu Agency, with the aim to discuss bilateral relations.

The two-day visit is just ahead Egypt’s presidential elections late March with president Sisi predicted to win a second four-year term in a landslide.

“In December, Sisi received a phone call from Saudi Crown Prince Mohammed where they discussed bilateral ties and mutual cooperation between both states,” said Egypt today.

What’s on the Saudi Egyptian menu of talks?

Two islands and a bridge

Stratfor said that in 2017, Egypt’s Parliament controversially voted to allow the transfer of the Red Sea islands of Tiran and Sanafir to Saudi Arabia.

It was during an April 2016 visit by Saudi King Salman’ to Egypt that he and Sisi announced plans to revive talks of constructing a bridge that would create a direct link between their countries, and that crosses Tiran.

“If the bridge is ever built, it could prove a mixed blessing for both states,” said Stratfor, despite the political outrage the issue created in Egypt.

“Past plans called for a bridge extending 25-50 kilometers in length and 100 meters with an anchor point on Tiran Island, and carried an estimated cost of $3-4 bn over 7 years.” 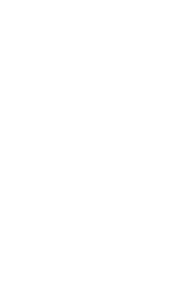 The purpose for building the bridge is economic.

The head of the Saudi-Egyptian business council said in relation to the bridge that Saudi wishes to create 320,000 jobs over the next five years.

Egypt is part of an Arab-led military coalition which intervened in Yemen in March 2015 to fight Houthi rebels, and also part of a bloc of nations boycotting Qatar since June 2017 over its alleged sponsoring of terrorism.

Egypt has been a stanch supporter of these two efforts, and talks will look to strengthen both the rhetoric, diplomacy and actions towards meeting the objectives of these two campaigns.

Between March 26 and 28, Egyptians vote for a new president, with the results very predictable.

While President SISI is not worried about winning it doesn’t hurt if there was a show support from Saudi as a gesture in appreciation of Egypt’s coalition efforts.

Saudi will also dangle its powerful investment vehicle, the Public Investment Fund (PIF), which according to the Middle East Monitor, is  the “biggest deal-maker” in the Middle East after spending about $54 bn on investments last year, quoting a recent Bloomberg report.

Chief Economist at Abu Dhabi Commercial Bank, Monica Malik, told Bloomberg: “The PIF has been emerging as one of the most important pillars of Saudi Arabia’s economic diversification and it was a momentous year for it in terms of bringing several big deals to fruition.”

Read: Is Saudi a divided nation looking for an identity amidst transformation?

The National Bank of Egypt is looking to secure $500 million in loans by the end of June 2018 on top of $1bn already secured, opting for that route instead of bond issuance of $1bn to $1.5bn according to published reports.

It is believed that Saudi is an obvious place to start to help revive an Egyptian economy that in November 2016 began to float the pound and cut fuel subsidies, helping boost foreign currency reserves to over $38 bn and attract more than $100bn in foreign currency inflows into the economy.

Bloomberg reported that Egypt will connect its electricity network to Saudi Arabia to share power.

The link will cost about $1.6bn, with Egypt paying about $600 million, Egypt’s Electricity Minister Mohamed Shaker said Monday at a conference in Cairo.

“Contracts to build the network will be signed in March or April, and construction is expected to take about two years,” he said.

Egypt is then able to avert electricity shortages as it taps onto a capacity of 3,000 megawatts.

Read: Is Saudi sending the right signals ahead of Saudi Crown Prince’s UK US trip?

Aramco to supply Egypt with oil