Here are some of the top business and economic news that made headlines in Saudi in recent days and weeks.

No glitch in Tadawul IPO

The trading system of Saudi Arabia’s Tadawul securities market resumed operations last Wednesday, June 2nd, after trading was suspended in the morning for less than an hour due to a technical glitch, the exchange said.

With a market capitalization of nearly $2.6 trillion, Tadawul is the Arab world’s largest stock exchange.

Tadawul is preparing for an IPO, has converted itself into a holding company, and will be renamed Saudi Tadawul Group ahead of the listing this year, Group Chief Executive Khalid al-Hussan has said.

The group will have four subsidiaries: its bourse Saudi Exchange, securities clearing and depository businesses, and technology services.

It hired JP Morgan, Citigroup, and the securities arm of Saudi National Bank for its IPO.

One of Saudi’s biggest bottled-water companies is exploring going public, according to sources who spoke to Bloomberg.

Riyadh-based Berain Water has hired the investment banking arm of Samba Financial Group to manage a possible IPO of a 30% stake, the sources said. No decision has yet been made and the company may decide against an IPO, they said.

The IPO could add to a string of listings in Saudi where companies are taking advantage of investors’ demand for new offerings and as state entities look to raise money to bankroll efforts to diversify the economy.

Berain is owned by Global Beverages Co., a subsidiary of Rajhi Invest.

The listing would also open a new industry to public investment in Saudi Arabia, a desert country that’s forecast to be among the top 10 most “water-stressed” nations in 2040 by research organization the World Resources Institute.

The kingdom is also expected later this year to sell part of one of the world’s biggest desalination plants, the Ras Al-Khair facility on Saudi Arabia’s Persian Gulf coast.

Saudi Acwa Power is also pushing ahead, with plans to raise money by selling shares this year, the same as Saudi Telecom Co. and Saudi Basic Industries Corp. who are planning to offer stakes in subsidiaries.

Through deployment of close to $200 million, C3, which operates restaurants, culinary centers, ghost kitchens, and a mobile delivery service, plans to open 500 locations in the region over the next five years, Nazarian told The Real Deal.

The expansion was inspired by Nazarian’s time spent in the region, opening hotels in Doha, Qatar, and Dubai, as well as the population’s use of mobile delivery services. The Saudi online food ordering and delivery market were valued at $511 mn in 2020, according to one report. 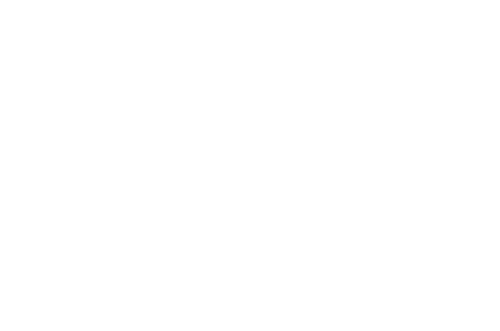 As a part of the expansion, C3 is set to introduce 40 international brands to Saudi, including Umami Burger, Sam’s Crispy Chicken, Cicci Di Carne, and El Pollo Verde.

Those brands were designed to co-exist, allowing the same cooks and equipment to easily make different foods.

The first Saudi Arabian site expected to open in the first quarter of 2022 is Citizens Food Hall in Riyadh. The location will have full-service restaurants and a fast-casual food hall, along with a ghost kitchen that will fulfill delivery and pick-up orders.

Saudi’s non-oil private sector expanded for the ninth consecutive month in May, and at a quickened pace for a second straight month.

The seasonally adjusted IHS Markit Saudi Arabia Purchasing Managers’ Index (PMI) rose to 56.4 in May from 55.2 in April, its fastest pace of growth since January. It signaled a robust improvement in business conditions and approached the series average of 56.9.

Saudi Arabia’s economy, the largest in the Arab world, is expected to grow 2.1% in 2021 after shrinking 4.1% last year amid the twin shocks of the coronavirus pandemic and lower oil prices, the IMF said in a recent report.

Saudi Arabia last month eased some health safety restrictions, allowing foreign visitors to fly in without quarantining as long as they are vaccinated against COVID-19, though 20 countries remained banned.

Job creation also expanded for a second consecutive month, though it softened from April’s pace. The employment subindex had shrank in 12 of 13 months prior to the renewed expansion in April.