Saudi, UAE, engaging in a not-so-subtle competition for economic dominance

Competition is always good. Rivalry is even better. But is the muscle-flexing between Saudi and the UAE to attract business and investments an amiable show of force or a sign of more ominous things to come?

Dubai has long been the preferred regional headquarters of international business The kingdom has invested $1.5 billion so far in the hosting of multiple sporting events Saudi wants to draw in more foreign talent and attract 100 million tourists a year by 2030

Competition is always good. Rivalry is even better. But is the muscle-flexing between Saudi and the UAE to attract business and investments an amiable show of force or a sign of more ominous things to come?

In all likelihood, the two GCC members, which have a long history of close and friendly relations, will not be at loggerheads with each other over anything that will damage that, but things are sure heating up.

Saudi has recently expanded its challenge to the smaller Gulf states by seeking to position Saudi as the region’s foremost sports destination. At the same time, it is trying to secure a stake in the management of regional ports and terminals currently dominated by the UAE.

Last February, Saudi said it would cease doing business by 2024 with international companies whose regional headquarters were not based in the kingdom.

With the UAE ranking 16 on the World Bank’s 2020 Ease of Doing Business Index as opposed to Saudi Arabia at number 62, Dubai has long been the preferred regional headquarters of international business.

The port control game is dominated by Dubai’s DP World, which operates 82 marine and inland terminals in more than 40 countries, including Djibouti, Somaliland, Saudi Arabia, Egypt, Turkey, and Cyprus.

In January, PIF and China’s Cosco Shipping Ports each took a 20% stake in RSGT.

RSGT CEO Jens Floe said the company plans to invest in at least three international ports in the next five years. He said each investment would be up to $500 million.

Saudi Arabia’s increased focus on attracting sports venues, including a potential bid for the hosting of the 2030 World Cup.

A recent report by Grant Liberty estimated that the kingdom has invested $1.5 billion so far in the hosting of multiple sporting events, including the final matches of Italy’s and Spain’s top soccer leagues; Formula One; boxing, wrestling, snooker matches; and golf tournaments.

Meanwhile, Saudi is still investing in oil. It intends to increase its oil production capacity from 12 million to more than 13 million barrels a day on the assumption that global efforts to replace fossil fuels with cleaner energy sources will spark sharp reductions in US and Russian production.

The kingdom’s operating assumption is that demand in Asia for fossil fuels will continue to rise even if it drops in the West. Other Gulf producers, including the UAE and Qatar, are following a similar strategy.

Saudi Arabia plans to invest $147 billion in transport and logistics over the next nine years as Saudi Crown Prince Mohammed bin Salman looks to turn the kingdom into a global aviation hub.

About 35% of that spending will come from the government and the rest from the private sector as officials launch a new international airline, expand airports, build a broader train network and explore new technologies, Transport Minister Saleh Al Jasser said recently.

“Many of the targeted projects are bankable projects, attractive projects,” the minister said in an interview in Riyadh. “This will open big opportunities for partnership with the private sector, whether local or international.”

Saudi wants to draw in more foreign talent and attract 100 million tourists a year by 2030.

At the center of the strategy is the sovereign Public Investment Fund’s (PIF) plan to launch a new international airline with its hub in Riyadh, confirming an earlier Bloomberg report. The kingdom’s existing national carrier, Saudia, will maintain a base in Jeddah that officials want to turn into a second hub for both religious and conventional tourism.

Other details of the new strategy include:

Rare public disagreement between the UAE and Saudi over OPEC policy points to a growing economic rivalry between the two largest Arab economies which only looks set to intensify, Reuters wrote. 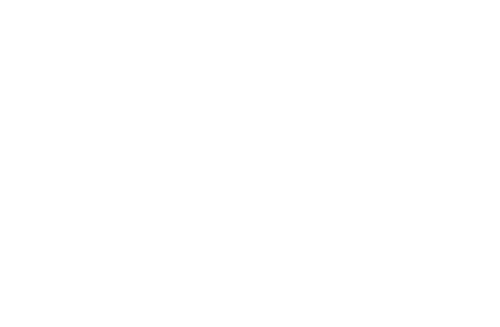 “There is this creeping economic competition in the relationship between the two biggest Arab economies and the competition is bound to intensify,” said Emirati political analyst Abdulkhaleq Abdulla.

OPEC+ wanted to further ease existing crude oil output curbs by an additional 400,000 barrels a day each month from August through December, adding another 2 million barrels a day of production by the end of the year. The proposal also called for delaying the expiration of the underlying agreement on supply cuts from April 2022 until December 2022.

The U.A.E. objected. The country was fine with further relaxation of output curbs but argued it should be able to pump more.

Saudi’s response was to issue a challenge to the UAE’s status as the region’s trade and business hub, when it amended rules for imports from Gulf states to exclude goods made in free zones, a major driver of Dubai’s economy.