Flextock, a Cairo-based e-commerce logistics startup, has raised $3.25 million in a pre-seed round CarSeer provides assistance in the assessment of used cars with the aim of protecting the public Retailo, a Saudi Arabia-based B2B marketplace, has closed a $6.7 million seed investment round

This is part III of the three-part series on MENA startups that raised either a series A or B funding last May.

Flextock, a Cairo-based e-commerce logistics startup, has raised $3.25 million in a pre-seed round.

Flextock was launched earlier this year to offer fulfillment solutions to online businesses in Egypt. Its on-demand warehousing and fulfillment platform takes care of picking up the inventory from businesses, storing it at Flextock’s fulfillment centers, processing the orders (pick, pack and prepare), and then shipping them to customers on behalf of the business.

They’re basically enabling online businesses of all sizes to outsource all their logistics needs such as first mile, warehousing, last mile, cash collection, and returns. The merchants can access all the services through a dashboard that also allows them to monitor their inventory in real-time, keep an eye on their KPIs, and manage returns and cashback.

Flexstock said that it has already signed over 100 merchants with 5,000 SKUs and its website notes that the startup has the capacity to store/fulfill over 300,000 orders on a monthly basis with a 99% accuracy rate.

UAE-based FinTech Mamo has raised $8 mn in a pre-Series A funding round. This comes a little over a year after Mamo raised $1.5 mn in a seed round.

Founded by three previous Google employees, Mamo had launched last year with Mamo Pay, a digital wallet. Mamo’s digital wallet and payments platform deals majorly with peer-to-peer payments, enabling its users to send and receive payments from anywhere in the UAE with a few clicks on a smartphone and zero fees.

According to a company statement, Mamo said that it has received principal regulatory approval from the Dubai Financial Services Authority to operate under its Innovation Testing License. The FinTech start-up had also joined Visa’s FinTech Fast Track Program last year. In addition to its UAE expansion, Mamo is also preparing to launch its services in Saudi in the near future.

CarSeer provides assistance in the assessment of used cars with the aim of protecting the public, insurance firms, and financial institutions from misleading information

The start-up has built a comprehensive vehicle history database consisting of millions of records from trusted sources such as automotive agencies, government departments, and insurance firms. The data comes from the US, Europe, Japan, South Korea, and local sources. 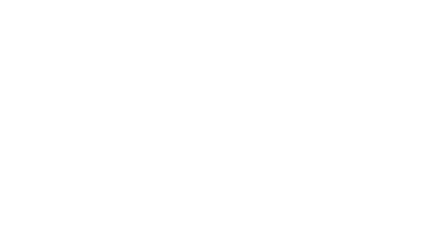 CarSeer has recently signed a number of agreements with Jordan’s government and Jordan Insurance Federation for developing new automotive services. In addition, the start-up has launched a new product called MyCarseer, which offers free services related to car owners, such as managing maintenance records, monitoring traffic violations, insurance services, and others.

Fish.qa, Qatar’s only seafood marketplace, has announced its successful seed investment round. The startup has made it very easy for customers to purchase a variety of seafood in just a few clicks and have it delivered to their doorstep through its e-commerce platform.

Fish.qa has shown remarkable progress since it started. With the right timing, it can grow quickly to capture untapped markets and become a key player in the GCC region.

Retailo, a Saudi Arabia-based B2B marketplace, has closed a $6.7 million seed investment round.

Founded in 2020, the company has already expanded to two key markets in the MENAP region and is set to become a major regional player in the B2B E-commerce space. Today, Retailo serves tens of thousands of retailers, has thousands of SKUs in its portfolio, and a growing team of over 400.

The current round of $6.7 million will be used to expand existing verticals across MENAP but also build new technology products for the highly underserved SME market with a vision of unlocking the earning potential of 10 million SMEs.

The company raised $2.3 million in pre-seed funding in October 2020.