Without sufficient renewable energy development to meet rising fossil fuel demand, the UAE is strengthening its position as a world leader in oil and gas and alternative green energy production

Offshore facilities in the Belbazem development will produce 45,000 bpd of light crude starting 2023 Abu Dhabi is hoping to become a world leader in green hydrogen fuel over the next decade Masdar plans to build a pilot green hydrogen plant with the help of Siemens Energy

Without sufficient renewable energy development to meet rising fossil fuel demand, the UAE is strengthening its position as a world leader in oil and gas and alternative green energy production.

Abu Dhabi is expanding upon its already strong oil industry through the full-field development of its Belbazem offshore block.

It is expected that offshore facilities in the development will produce 45,000 bpd of light crude starting 2023.

This adds to the discovery of 2 billion barrels of conventional oil reserves, as well as 22 billion barrels of unconventional oil reserves, last November, which the UAE’s Energy Minister Suhail al-Mazrouei said “reflect the constant development operations carried out by ADNOC in its endeavor to reach its target of increasing oil production capacity to 5 million bpd by 2030,” in a tweet.

Also, as part of the UAE’s plan to diversify away from oil, its gas industry is going from strength to strength. In fact, the state is aiming to become self-sufficient in gas supply by 2030.

The discovery of a natural gas reservoir earlier this year, situated between Abu Dhabi and Dubai, was the biggest of its kind from the last 15 years. The Jebel Ali reservoir presents an optimistic find for the UAE, with the potential to meet the country’s gas needs for up to 30 years. In addition, the Sharjah emirate also announced an onshore gas discovery, its first since the early 1980s.

While the UAE’s traditional energy sector continues to boom, it isn’t shying away from alternative energy developments. In fact, Abu Dhabi is hoping to become a world leader in green hydrogen fuel over the next decade.

Adnoc will explore the country’s blue and green hydrogen energy potential, through carbon capture in traditional energy production, as well as the extraction of gas from water using electrolysis fueled by renewable sources. To this end, the Mohammed bin Rashid Al Maktoum Solar Park, based in Dubai, is expected to be the first solar-powered hydrogen plant in the Middle Eastern region.

The UAE plans to focus its efforts on blue hydrogen as it pushes with its clean energy program, and taps into its oil and gas sector, an energy ministry official told S&P Global Platts.

“Realistically, blue hydrogen is cheaper than green hydrogen and as an oil and gas producer we are very well positioned to be very competitive when it comes to blue hydrogen and it’s coming in the next few years, while green hydrogen still needs more time,” Yousif al-Ali, the ministry’s assistant undersecretary for electricity, water, and future energy affairs, said in a May interview.

Green hydrogen is produced from renewable energy, while blue hydrogen is derived from fossil fuels with carbon capture, utilization, and storage.

The energy ministry, Abu Dhabi National Oil Co, the country’s biggest energy producer, and two sovereign wealth funds ADQ and Mubadala Investment Co. have formed a hydrogen alliance to promote the production and use of the fuel in the UAE, and ultimately for exports.

The UAE and ADNOC have been signing a number of agreements, particularly with Asian countries and companies to promote their hydrogen plans.

In April, the energy ministry signed a cooperation agreement with its Japanese counterpart under which Tokyo will consider developing an international hydrogen supply chain with the UAE as it accelerates efforts to deploy large-scale uses of hydrogen.

ADNOC currently produces about 300,000 mt/year of hydrogen for its downstream operations and plans to expand it to more than 500,000 mt/year.

Masdar, the Abu Dhabi-based clean energy company owned by Mubadala, plans to build a pilot green hydrogen plant in the oil-rich emirate with the help of Siemens Energy that will showcase technology to produce sustainable aviation fuel, fuel for transportation, and synthetic products for the maritime sector.

Mubadala, which manages some $243 billion in assets, has also signed a hydrogen agreement with Siemens Energy. 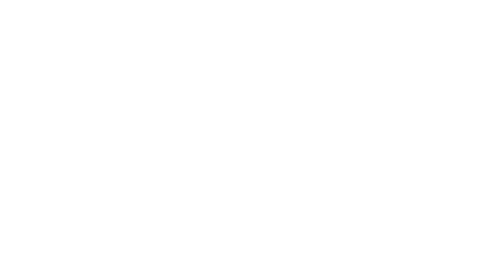 The subsidiary will have rights to 25 years of tariff payments for oil transported through Aramco’s crude pipeline network. Aramco, the world’s biggest oil producer, will retain ownership of the other 51% of the shares.