El Salvador has become the first country in the world to adopt bitcoin as legal tender, raising both concerns and expectations

The International Monetary Fund said on Thursday it has a number of economic and legal concerns regarding the move from El Salvador to make bitcoin a parallel legal tender.

El Salvador has become the first country in the world to adopt bitcoin as legal tender, with President Nayib Bukele touting its use for its potential to help Salvadorans living abroad to send remittances back home.

“We are following developments closely, and we’ll continue our consultations with the authorities.”

El Salvador is in discussions with the IMF, seeking a near $1 billion program.

El Salvador’s law means bitcoin will have equal footing with the dollar, which became its official currency 20 years ago.

On June 5, Bukele had announced that his country was in the process of adopting bitcoin as legal tender.

Despite El Salvador’s small size, Bukele’s effort is a major milestone in monetary policy history, one with significant ramifications for the global financial system.

On Twitter, Bukele pointed out that if 1% of the world’s bitcoin moved to El Salvador, it would amount to a quarter of the country’s annual economic output.

Each year, Salvadorian emigrants send $6 billion home in remittances, from places like the United States. Indeed, 2.2 million people of Salvadoran ancestry live in the US, compared with 6.5 million in El Salvador itself.

Remittances must travel back through middlemen who take cuts as large as 20%.

Transmitting bitcoin to relatives and businesses on smartphones, without the need for a bank account, achieves financial inclusion for Salvadorians.

Additionally, a dollar-pegged Salvador lost purchasing power due to US monetary inflation caused by the US Federal Reserve dramatically expanded the supply of circulating US dollars, as measured by the M2 money stock, from $15.35 trillion in February 2020 to $20.26 trn in May 2021. That’s an increase of 32% percent, unprecedented in modern peacetime U.S. history.

Salvador’s bitcoin in the making

Bitcoin entrepreneur Jack Mallers has been working with Bukele and other Salvadorans to make bitcoin a feasible means of exchange for everyday purchases for over 2 years.

Another crypto entrepreneur, Adam Back of Blockstream, told CNBC that he “plans to contribute technologies like Liquid,”  that speed up bitcoin transactions, “and satellite infrastructure to make El Salvador a model for the world.” Satellites can help rural Salvadorans connect to the internet.

Mallers has also been working to increase Salvadoran adoption of his smartphone app Strike, a Lightning-powered analog to Venmo or Cash App.

If El Salvador is to become a global crypto capital, entrepreneurs who move there will help increase confidence in the country’s legal and economic institutions.

Panamanian Congressman, Gabriel Silva, had comments on El Salvador’s move to adopt Bitcoin as a currency on Twitter and called for Panama to do the same.

Silva said that Panama cannot be left behind and that the country must support cryptocurrency to be a hub of technology and entrepreneurship.

“This is important. We will be preparing a proposal to present at the Assembly. If you are interested in building it, you can contact me.” 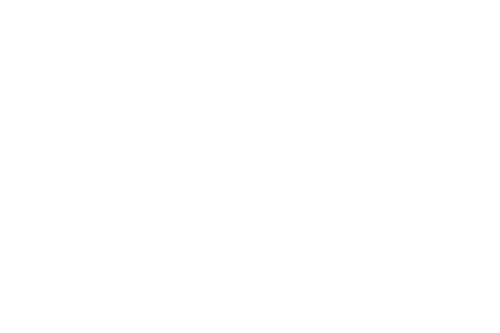 Silva’s comments were in direct response to a tweet from El Salvador’s President, who was pushing a bill through the country’s congress to make Bitcoin legal tender.

Silva marks the next Latin American politician to join the trend of adoption in the region, following the President of El Salvador and a Congressman from Paraguay.

Bitcoin’s value shot up after El Salvador became the world’s first country to accept it as legal tender.

On Friday, the next day, bitcoin was trading up again in the $37,000 plus range.

Bitcoin has been on a roller coaster ride lately. It crashed by almost 40% over the last month after rocketing to a record high of above $60,000 earlier this year.