Is it ok for informal emojis to make their way into business and the workplace?

A thumbs-up emoji seems harmless whether using it with a friend, a business partner, or even your boss. But how informal can we be in business? Can smilies be frowned upon?

Using emojis or not could depend on the intended recipient The beauty of the emoji is that it speaks a thousand words, it defines moods and can even lighten the sternest of emails There are 217 new emojis coming to your phones in 2021

A thumbs-up emoji seems harmless whether using it with a friend, a business partner, or even your boss.

A look at the number of emoji stocks you can avail in a conversation, it’s easy to choose the wrong intended message or the right one for that matter.

But how informal can we be in business? Can smilies be frowned upon?

Different people process information and communication differently, some like text, others like images, or video, and yes emojis.

According to LinkedIn, some schools of thought believe that emojis can help streamline work conversation while also helping people foster bonds while others, like a 2017 study, found that using smiley faces might actually make the sender look incompetent, while not conveying warmth as intended.

Using emojis or not could depend on the intended recipient. If he/she has a relaxed style and is someone you know, common sense says emoticons will work in contrast with someone who is uptight and formal where emojis could be a bad idea, but it’s not that simple.

Around 5 billion emojis are sent every day on Facebook alone.

While informal “text” language like BRB, LOL, and others is frowned upon in work communications, where should businesses draw the line when it comes to emojis?

On the one hand, inserting an emoji in an email could make employees appear more human.

However, when emails peppered with emojis are sent to external clients or senior leaders, staff risk looking unprofessional and less credible.

So, leaders weigh in on whether or not emojis have a place in the business world.

Read: 7 techniques on how to manage your boss and become one yourself

Nicole Clemens, CEO, Design by Structure, says emojis shouldn’t be banned from work emails. Workplace communications are going through a huge transition right now, so adaptability and flexibility are key.

“The written word can often be misinterpreted in terms of intended tone, so adding an emoji can support the intent and be beneficial to the reader,” Clemens said.

“When it comes to liaising with clients and the use of emojis, it just depends on the nature of the relationship and the content of the message as to whether these are appropriate.”

Dave Chaplin, CEO and founder, Contractorcalculator and Ir35 Shield, doesn’t like to use emojis to communicate at work.

“We are all busy people and I would prefer people to make their points clearly with words rather than by using emojis or pictures,” he says. 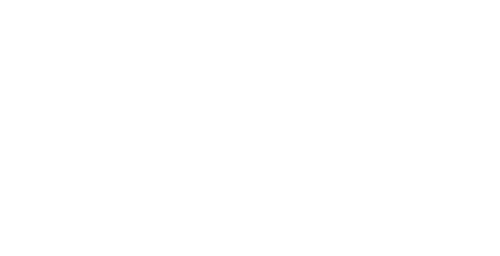 “I cannot imagine two CEOs using emojis to communicate as it would seem totally unprofessional and inappropriate. And I would also not be impressed by someone applying for work and including emojis in their covering letter.”

Thomas Dittmer, Group Technology Director, Utility Locker, says Emojis are informal and used by all generations, and in a work environment, one needs to show they can evolve with the language.

“A single emoji used at the end of a sentence can clarify that you’re grateful, or in a rush, or being playful rather than serious. But there’s a time and place for them, and it’s probably not on your company blog or website, or when emailing a new business lead, or a brand new client,” she explained.

Finally, Rob Lough, COO and co-founder, Kidsknowbest said that the beauty of the emoji is that it speaks a thousand words, it defines moods and can even lighten the sternest of emails. “It’s also universal, understood globally. The emoji is here to stay and let’s chuck some GIFs in, while we’re at it,” he quipped.

Benefits and drawbacks of using emojis at work

An emoji can clearly express emotions and thoughts to the receiver.

Emoticons (Emojis) in business can appeal to the clients’ human side and attract more customers.

Emojis are eye-catching, thereby they can draw the attention of the receiver to the main subject.

Using emojis in work emails may make fellow colleagues think that the sender is less competent, childish, or incompetent.

Emojis are open to different interpretations by the receiver.

There are 217 new emojis coming to your phones in 2021 including 3 new smiley faces, 2 new hearts, and 2 new bearded people icons. They were all approved by the Unicode Consortium, which is responsible for defining which emojis make onto all platforms, including Apple iPhone’s iOS, Android, and others.

These new emojis, part of the 13.1 rollout, probably won’t be on devices until 2021. Unicode pushed back version 14 because of the pandemic, and most phones don’t even have Emoji 13 yet.