OPEC+: No deal to boost production

Under the proposed OPEC+ deal, the UAE would proportionally cut its production by 18% Failure to reach a deal on Monday could risk the market recovery OPEC+ agreed last year to cut output by almost 10 million bpd from May 2020

OPEC+ ministers called off oil output talks on Monday after clashing last week when the United Arab Emirates rejected a proposed eight-month extension to output curbs, meaning no deal to boost production has been made.

OPEC’s Secretary-General Mohammad Barkindo said in a statement on Monday the meeting had been canceled, without a date for the next one being agreed.

The failure of the talks drove Brent crude prices 1.1% higher at above $77 a barrel.

Last Friday’s OPEC+ meeting ended in deadlock after Saudi Arabia and Russia asked producers to increase production in the coming months, but the UAE refused, digging its heels over a matter of its own output quota that it deems unfair.

“The UAE has sacrificed the most. We can’t make a new agreement under the same conditions. We have a sovereign right to negotiate that,” said Suhail Al Mazrouei, UAE’s energy minister. 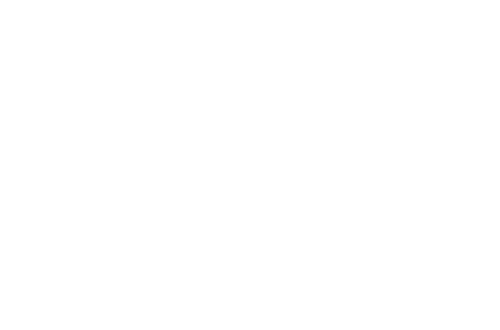 Other OPEC+ countries are on board with the plan to increase production by 400,000 barrels a day each month from August to December and to extend the deal beyond its scheduled April 2022 end date.

The UAE energy ministry said it supports a production increase, but asked that the country’s baseline production, from which its supply cuts are calculated, factors in its higher output capabilities to ensure fairness “for all parties”.

Read: OPEC and the oil price play to send prices even higher

Under the proposed OPEC+ deal, the UAE would proportionally cut its production by 18%, compared with a 5% cut for the kingdom and a 5% increase for Russia. The UAE said it has around 35% of its current production capacity shut-in, compared with an average of around 22% for others in the agreement.

The UAE had asked that baseline production references be reviewed at a later meeting. The request was declined.

“The joint ministerial monitoring committee (of OPEC) unfortunately only put one option forward, to increase production on the condition of an extension to the current agreement, which would prolong the UAE’s unfair reference production baseline until December 2022,” the UAE energy ministry said in a statement.

Failure to reach a deal on Monday could risk the market recovery, and even unravel the fragile OPEC+ alliance if the deadlock is left unresolved.

The UAE threatened to leave OPEC late last year, and an exit would almost certainly trigger a repeat of the OPEC+ price war that pushed oil prices to -$40 in April last year.

The UAE has spent billions investing in its oil production capacity, seeking to ramp up output. With Iran also set to return to the oil market in the coming months, the UAE sees good scope to review the terms.

“UAE crude oil production in October 2018 was 3.160 mb/d. But it increased to 3.841 mb/d in April 2020. By changing the base, UAE can increase its production drastically & immediately,” tweeted Anas Alhajji, Managing Partner at Energy Outlook Advisors.

“They do not want OPEC+ agreement to limit their production and potential,” he added.

“You have to balance addressing the current market situation with maintaining the ability to react to future developments … if everyone wants to raise production then there has to be an extension,” he said, noting uncertainty about the course of the pandemic and output from Iran and Venezuela.

OPEC+ agreed last year to cut output by almost 10 million bpd from May 2020, with plans to phase out the curbs by the end of April 2022. Cuts now stand at about 5.8 million bpd.

OPEC+ sources said the UAE contended its baseline was originally set too low but was ready to tolerate if the deal ended in April 2022.