Wouldn’t it be nice if you had cheap broadband in the UAE?

With the arrival of VAT, adding more strain on purchasing power in the UAE, residents could use a break somewhere in the services supply chain.

A recent report showed that the UAE has the most expensive broadband packages in the Middle East at a monthly average of $155, according to Statista, the statistics portal.

Is this a fact of life or can anything being done about it?

This is a good question to ask when we see that other regional countries are much cheaper.

Watch this: Happy National Day: Top 10 things you didn’t know about the UAE

The research, which gathered data from 3,351 individual broadband packages for the period up to 12 October 2017, revealed that Syria came in cheapest with an average monthly price of $12 (and ranked fifth overall), followed by Saudi Arabia ($84), and Bahrain ($105).

Research has shown that one of the main reasons behind the high prices of broadband in the UAE is the absence of competition between multiple players as the market is limited to only two telecom operators, Etisalat and du.

According to a study by Oxford Business Group, Etisalat and du have made major investments in their services in recent years, rolling out long-term evolution (LTE) networks.

An additional focus, it seems, is on growing the operation.

“Increasingly, du has been making efforts to expand its customer services by increasing staff numbers and improving employee training. More flexible packages for customers have also been a strategic play; although price has not been an area of competition to any great extent, as both players recognise the disadvantages inherent in a war over prices,” it said.

A study by LovinDubai.com, a site dedicated to news about Dubai, reveals that the telecom industry in the UAE operates under a duopoly with the two providers being du and Etisalat. “Under this economic model, the end user doesn’t end up with the best deal,” it said.

Must read: 7 of the most influential Arab leaders

In order to improve competitiveness, it added, the current operators can

innovate from within, a disruptive force could emerge or something like Google Fiber could enter the market. 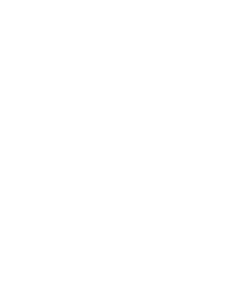 “A third telco license could enter the market, the government could issue a tender for a new provider and global operators like Vodafone or O2 could enter, so could the likes of Mobily and Zain,” it added.

According to Statista, Egypt, enjoys a far better average rate per month of $12.4. Our research has shown that this is due to fierce competition among four telecom players in the market, Orange Egypt, Vodafone Egypt, Etisalat Misr and Telecom Egypt.

The high cost of broadband in the UAE could be attributed to the relatively small population in the country compared to more densely inhabited countries like India or Egypt.

But it’s not enough on its own as an argument considering that Lebanon’s 4.5 million-population compared to UAE’s 9 plus million is much smaller.

And Lebanon also has two telecom operators Alfa and Touch but they are privately owned with far less expensive broadband prices at $55 per month, according to Statista.

The companies are not under the government’s control and this could be what the UAE needs to be able to offer better broadband prices.

Check this: Businessmen: Follow these 5 rules before choosing your bank

According to Oxford Business Group, while Etisalat and du are the main players in the sector, the TRA issued licences to some more niche outfits, such as Al Yah Satellite Communications, which offers satellite phone systems via Al Yah Satellite (YahSat) and Al Yah Satellite Advanced.

Thuraya and Media Zone Intaj FZ also have licences to offer satellite services in the UAE.

However, Itstillworks.com, a site covering science and tech topics, reveals that satellite internet is infamously expensive but unfortunately, for many people, satellite is the only way to get anything resembling broadband Internet access in areas where DSL or cable broadband is unavailable.

It said that the only other options, which are also far more affordable, is dial-up and ISDN, but these methods are too slow for most of today’s Internet.

It added that satellite Internet is also slower than other broadband connections and there is an inherent reliability issue due to weather conditions and more.

According to Statista, Burkina Faso is the most expensive country for broadband, with an average package price of $ 954.

Iran offers the world’s cheapest broadband at a monthly average of $5.4.

The study showed that six of the top ten cheapest countries in the world are found in the former USSR, including the Russian Federation itself.

The UK came in 8th cheapest out of 28, with an average package price of $40 per month.